11 Jan 2022
7:00pm - 9:00pm PST
You've indicated that you are not attending this event.
You've successfully registered for this event.

Login to RSVP for this event or RSVP without logging in.

Bob Keith is a broad-based executive with more than 30 years of experience and a demonstrated record of achievement in building and growing innovative life science technology businesses. His journey has included stops at multinational corporations, mid-cap growth companies, venture-backed startups, and a new breed of not-for-profit/for-profit hybrid enterprises launched by long-term, impact-oriented investors.

Since 2000, Bob has been a co-founder and CEO of two high profile startups, has helped to raise more than $225 million in capital, has participated in the development, manufacture and launch of multiple products and commercial organizations, has been associated with exits of $2.5 billion in total potential value, and has discovered many important life lessons along the way.

In 2015, Bob joined the Busch School of Business at The Catholic University of America, co-founded the Ciocca Center for Principled Entrepreneurship, and crafted the university's unique small business growth acceleration partnership with Initiative for a Competitive Inner City. ICIC was founded by Professor Michael Porter of Harvard Business School. In 2018, he was appointed a Vice Provost to lead a special project on reimagining the university and designing a novel and radically affordable business program to be piloted initially in Tucson, Arizona. In 2021, he joined JPCatholic as Chief Academic Officer to lead a team in framing a strategy, operating model, and roadmap for the university’s next growth phase.

Bob now is refocused on exploring more deeply the intersection of faith, creativity, and true human flourishing, including the history and reemergence of spiritual entrepreneurs, their nascent communities and ecosystems, and new avenues for amplifying these societal movements. He has advised more than 50 spiritual entrepreneurs and related initiatives, including Young Catholic Professionals, Catholic Creatives, OSV Innovation Challenge, Archetype Group, Leonine Forum and Benedictine Leadership Institute.

“To all creative makers, artists, rebels, and entrepreneurs, now is the time for divine collisions. The future of our culture depends on your collaboration.” 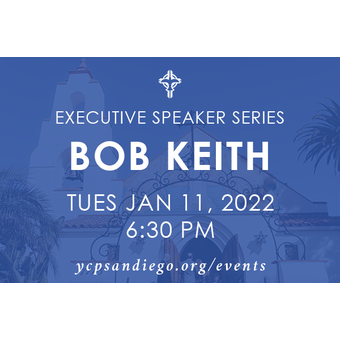